​The 2021 Conference was held at the Chatham Bars Inn in Chatham, Massachusetts, November 3-5.
The following presenters have confirmed their participation in the 2021 NEIRA Annual Conference. Additional presenters will be added to the program and their bios will be listed below once available. Please check back for updates! 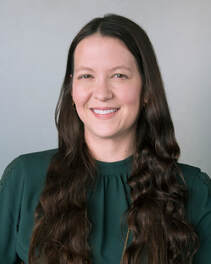 Before joining Longwoods, she was the Director of Market Research for MMGY Global, a leading integrated travel and hospitality marketing agency. While there she led the agency’s signature Portrait of American Travelers® syndicated research project for six years. Before that, she worked for seven years in the Market Research department of  Publix Super Markets, a Fortune 100 company. 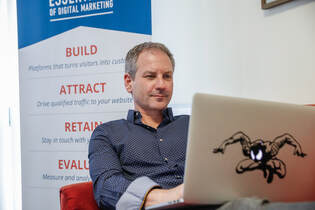 Rich Brooks
​Rich Brooks is founder and president of flyte new media, a digital agency in Portland, Maine, that’s been in business for over 22 years. He is a nationally recognized speaker on entrepreneurship, digital marketing, and social media.

He founded The Agents of Change, an annual conference and weekly podcast that focuses on search, social & mobile marketing. He recently co-founded Fast Forward Maine, a podcast and workshop series for growing Maine businesses.

Rich is the author of The Lead Machine: The Small Business Guide to Digital Marketing, a popular and well-received book that helps entrepreneurs and marketers reach more of their ideal customers online.

He has appeared in Inc. Magazine, The Huffington Post, FastCompany.com, CNN.com, the Social Media Examiner, and many other news sources for stories on digital marketing.

He is also the “tech guru” on the evening news show, 207, which airs on the NBC affiliates in Maine.
flyte new media website 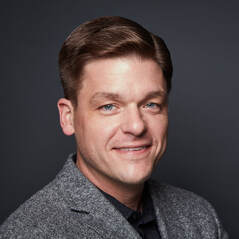 Adam Robinson
Adam Robinson is Co-Founder and CEO of Hireology, where he’s on a mission to help businesses succeed by building exceptional teams and workplace culture. He's a nationally recognized keynote speaker, author of The Best Team Wins: Build Your Business Through Predictive Hiring and a columnist for Inc. magazine.

Adam is a three-time finalist for EY Entrepreneur of the Year (2017, 2018, 2019), and named a “Top 25 HR Industry Game Changer” by Workforce magazine. Under his leadership, Hireology was ranked #94 on the Inc. 500 list of America’s fastest-growing private companies in 2016 and has been on the Inc. 5000 list each of the last five years. Hireology has twice been recognized nationally as a “Top 50 Best Workplace” by Inc. Magazine and a “Top Company Culture” by Entrepreneur magazine.

Adam graduated from the University of Illinois at Urbana-Champaign, and received his MBA from DePaul University. He’s a member of YPO and the Economic Club of Chicago and lives with his family in Chicago, Illinois.
Hireology website 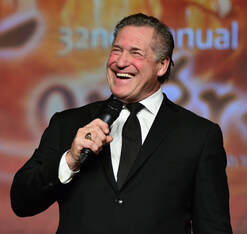 Mark has spent his career working in both education and business discovering how some of the best organizations and industry leaders build a culture that encourages personal and professional growth.

Mark is a native of Minnesota, is an Emmy award-winner, Hall of Fame speaker and award winning filmmaker. He is a Scorpio, enjoys longs walks on the beach, bacon and beekeeping.
Nice Bike website 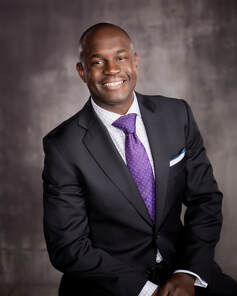 Dr. Bryan K. Williams, D.M
Dr. Bryan K. Williams is a keynote speaker, consultant, and author, who is a noted authority on service excellence and leadership effectiveness.  His passion is to serve others so they may better serve the world.  Over the past several years, Bryan has provided training and consulting expertise to hundreds of organizations in over 20 industries ranging from Healthcare to Governments to Luxury Hotels. He has been fortunate to speak at 205 events in the last three years alone. His work with clients has taken him throughout North America, Europe, Asia, Africa, Australia, South America, Mexico, and the Caribbean.

Bryan's passion for world-class service began in his first role as a busboy, then throughout 17 different roles within the Ritz-Carlton Hotel Company. He has been fortunate to keynote or consult with Forbes five star hotels, restaurants, upscale dining, casual dining and fast food chains worldwide.

His keynote speeches and seminars have helped organizations create a memorable service experience for their customers. He is a high-energy, dynamic speaker, who educates and inspires professionals to be consistently exceptional. Bryan is also a bestselling author of four books and hosts two acclaimed leadership conferences annually. He has earned degrees in Business Administration, Hotel/Restaurant Management, Adult Education, and a Doctor of Management in Organizational Leadership. 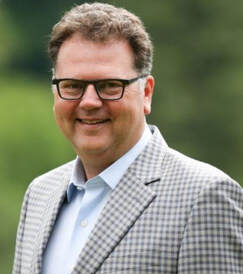 Gary Thulander
Named General Manager of The Year by Massachusetts Lodging Association’s Stars of The Industry in 2021, Gary Thulander boasts 36 years of industry, resort and New England luxury travel experience with a personal passion for Cape Cod. His connections in the community and with locally-based conservation organizations have strengthened the Resort’s commitment to sustainability and the preservation of the property’s historic shoreline.

A graduate of the UNH Hospitality Program and currently a member of the UNH Hospitality Board, Gary plays a key advisory role in their Mentorship program. He currently serves as the President of the Chatham Chamber of Commerce and sits on the boards of the Cape Cod Chamber of Commerce and the Massachusetts Lodging Association. He is also a member of the Resort Committee for AHLA—the American Hotel & Lodging Association.
​
Gary previously served as President and General Manager of the Woodstock Inn & Resort in Woodstock, Vermont, where he was awarded the Innkeeper of the Year Award for the State of Vermont in 2017. Prior to the Woodstock Inn, Thulander spent many years in the Caribbean. He worked for five years as the General Manager at Landings and Anse Chastanet & Jade Mountain, both in St. Lucia, and as General Manager of Cap Juluca in Anguilla, the third-best beach resort in the world, where he was awarded Hotelier of the Year. He also served as General Manager at the Equinox Resort and Spa, a RockResort in Manchester, Vermont, where he received the prestigious Chairman’s Award from Vail Resorts, and spent time at The Boulders Resort & Spa in Scottsdale, Arizona, a then-Five Diamond property. Throughout his exceptional professional past, Thulander’s approach to operational excellence, personal engagement with guests, and sales performance have consistently driven high occupancy levels and record revenues for his properties. Gary is a New England native who graduated from the University of New Hampshire’s Whittemore School of Business with a degree in Hotel Administration. 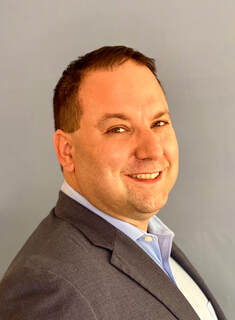 Simon Rodrigues
Simon Rodrigues joined Chatham Bars Inn in 2018 as Director of Sales and was quickly promoted to Director of Sales and Marketing. A graduate of Fernao Magalhaes, Portugal with a degree in Languages, Simon began his career in hospitality in Portugal at the Hotel Aquae Flaviae, flourishing in the industry before returning to the United States. Prior to Chatham Bars Inn, Rodrigues worked with Mandarin Oriental, Boston, where he served as Director of Corporate and Entertainment Group Sales and was the 2017 recipient of the prestigious Tai Pan Sales Executive of the Year Award, reserved for the highest global sales achiever in the Americas and Europe. He has also worked as Associate Director of Sales for The Taj Boston Hotel and in various other sales management roles in the Boston metro area.
​
Simon has a proven record of sales success and employee development. His skills in contract negotiations, revenue growth, new market penetration, and relationship development are paramount to his success and that of his team’s success. He enjoys traveling and cooking and is fluent in Spanish and Portuguese. He resides in East Taunton, MA with his wife and two daughters. 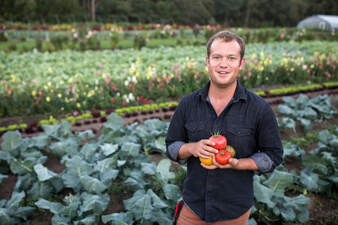 ​Joshua Schiff
Joshua Schiff has served as the Farm Manager for Chatham Bars Inn’s eight-acre farm since 2014. During that time, he has been an integral part of developing the resort’s robust farm-to-table dining program, bringing creative vision to the farm that supplies the resort with all its produce. The resort’s current program, which highlights the Cape’s bountiful natural harvest is entirely the brain-child of Joshua, as he is credited with creating the program from scratch. In his role, he not only shares his expertise with guests but also the local community, where he teaches farm workshops and oversees the farm stand that allows locals to benefit from the high-quality produce grown at the farm. Prior to Chatham Bars Inn, Joshua worked at Love Apple Farm, the exclusive kitchen-garden for Chef David Kinch’s Michelin starred Manresa restaurant in Los Gatos, CA. In addition, he founded New Traditions Farm, a 125 member CSA farm specializing in heirloom vegetables and heritage poultry. As an advocate for the sustainable farming and local food movement, Joshua is bringing his vision to life with the help of Executive Chef Anthony Cole and the whole Chatham Bars Inn culinary team.

Anthony Cole
The creative mastermind behind Chatham Bars Inn’s renowned culinary program, Executive Chef Anthony Cole has been with the resort for over a decade and oversees the dining program’s growth and development. Chef Cole has a wealth of experience in the luxury culinary world having previously served as Executive Chef at the Ritz-Carlton St. Louis, Missouri, and Executive Sous Chef at The Ritz-Carlton Naples, Florida. He began his career at the Five-Diamond Ritz-Carlton Atlanta, Georgia, where he worked his way up through the ranks. Now an established figure in Chatham, MA, Chef Cole has a knack for bringing out the best in the Cape’s local produce and ingredients and is closely connected to the farming and fishing community in the area. 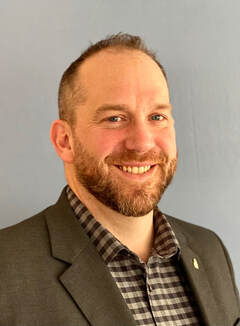 Adam Couto
Adam’s background in the food and beverage industry combined with his expertise and passion have been integral in the creation of unique beverage offerings at the Inn. He was an integral part of the development of partnerships with the Maker’s Mark distillery in Kentucky to create a private select bourbon as well as traveling to La Altena Distillery in Mexico to acquire a private select barrel of reposado tequila. He also collaborated with Mayflower Brewing Company to create the Inn’s own “Coastal Encounter” a hoppy pale ale brewed especially for the Inn. Adam has also shared his knowledge with the local community and many corporate groups through a series of fun and informative mixology classes. 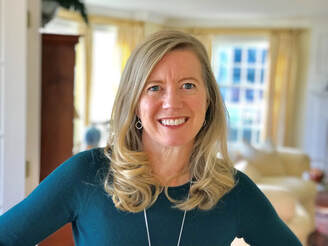 Beth Patkoske
Beth has been the Senior Marketing & Communications Manager at Chatham Bars Inn for over 2 years with responsibilities ranging from marketing and public relations to social media and email communications with a highlighted interest in photography and video for the Inn. Prior to Chatham Bars Inn, Beth was the Director of Communications for The Davenport Companies, focusing on marketing and communications for many of the companies’ businesses including Red Jacket Resorts, Thirwood Place and Cape Cod Fence; she also served as the Event Director of the company’s Seaside Le Mans fundraiser. A graduate of Providence College, she spent 12 years working for the Walt Disney Company in Florida and in Paris with positions ranging from resort management to marketing and media promotions. 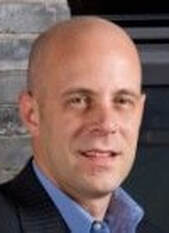 Robert Muehlich
Robert is a graduate of the prestigious SHL, Schweizerische Hotelfachschule Lucerne, Switzerland, with a Bachelor of Science in Hospitality Management. Prior to his arrival at Chatham Bars Inn in July of 2021, Robert was the Executive Assistant Manager at The Willard Intercontinental in D.C., where he was charged with rebuilding and reorganizing the entire hotel operation including rooms, housekeeping, food and beverage, culinary, security, engineering and supporting departments.
​
Robert has food and beverage and operations experience in both Forbes 4-Star and 5-Star properties in the United States as well as the US Virgin Islands. Early in his career he held management positions with the Rosewood and St. Regis properties as well as J.W. Marriott.  In addition to opening the Watergate Hotel in D.C., as the Director of Food and Beverage, Robert was the Director of Food & Beverage at Miami’s famed Setai Hotel for six years and played a big role in helping the property achieve and maintain their Forbes 5-Star and AAA 5-Diamond ratings. At The Setai, he was responsible for conceptualizing the existing restaurant where they achieved over $14 million in revenues. Robert is originally from Argentina and is fluent in six languages.

Thank you to our platinum level sponsors!